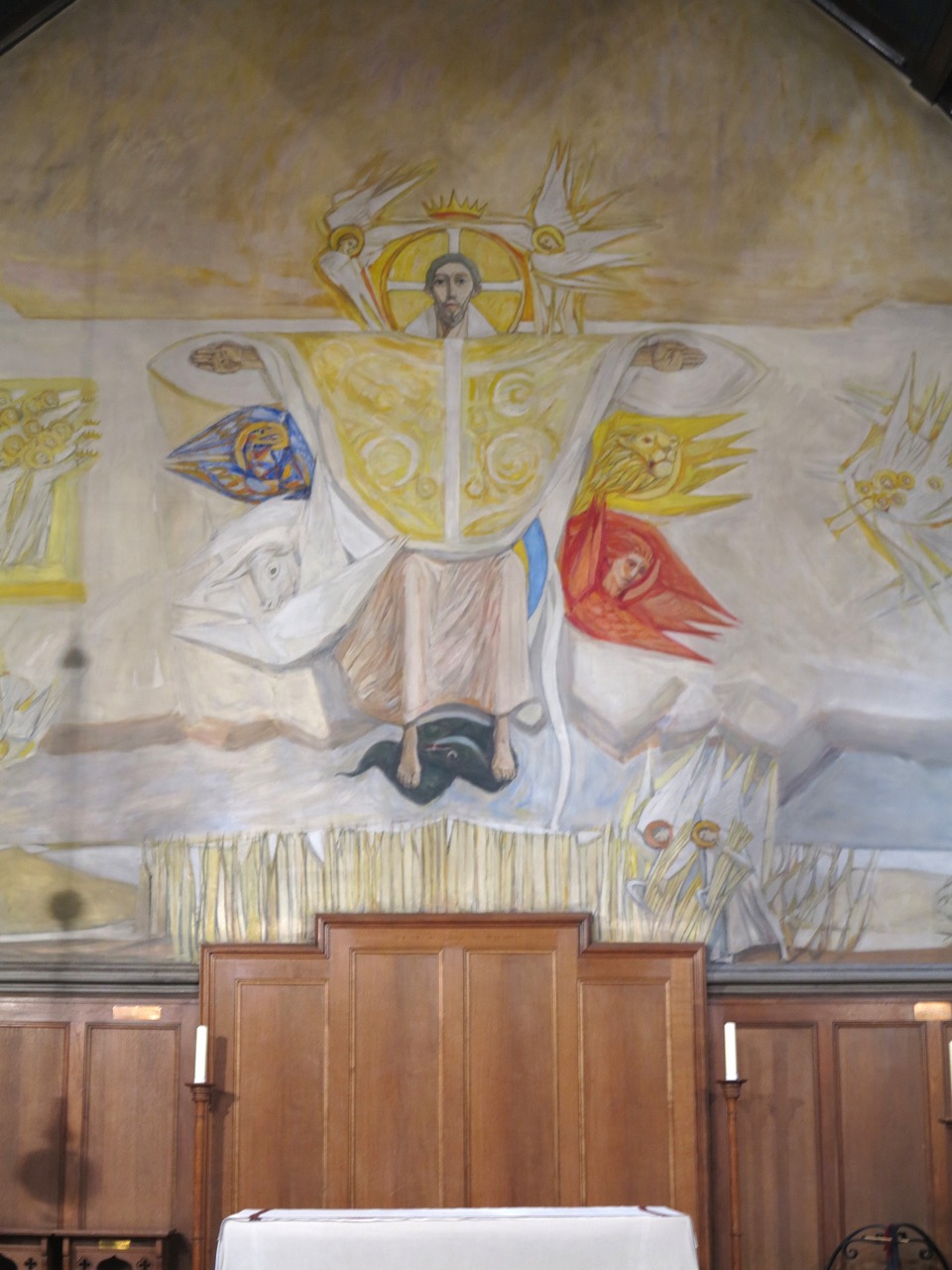 This magnificent mural in the Scottish Episcopal Church of St Columbas-by-the-Castle in Edinburgh was painted by John Busby in the late 1950’s. Some digging in the National Records of Scotland office brought to light the vestry minutes at the time the mural was commissioned and a Church Newsletter from April 1981 was unearthed which had an article written by John to explain his inspiration for the mural and the Christian imagery invoked.

Mural Notes by the Artist

St Columba’s by the Castle website has a brief history and a warm welcome for those who would like to view the mural.

In 2016 the church was open on additional occasions concurrent with John’s Exhibition at the Royal Scottish Academy.