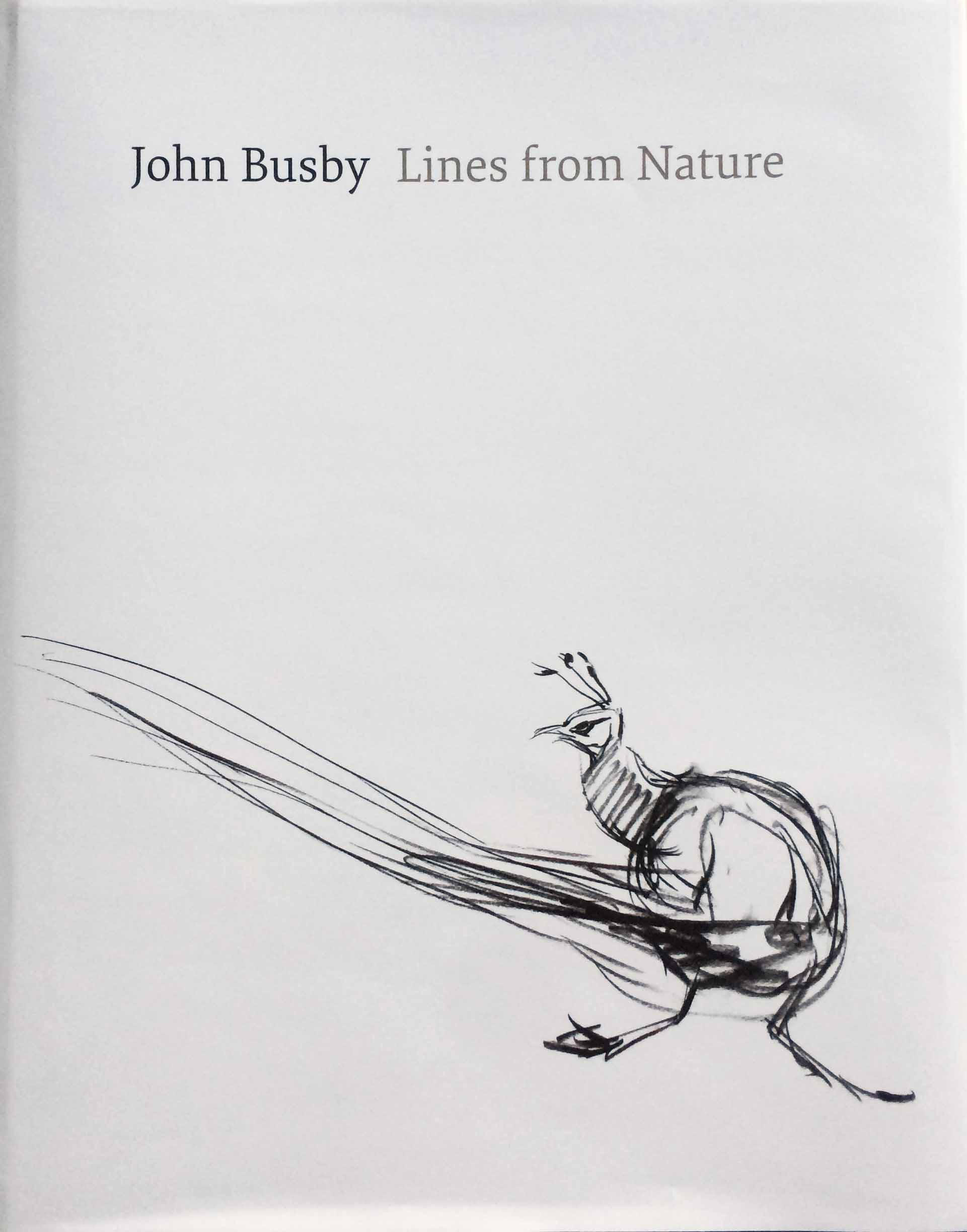 “Busby’s curiosity about and delight in the natural world jump from every page of this book. Each picture captures an energy so much more vivid than many photographs.”

A recent SOC magazine carried a review by Mark Boyd of Lines from Nature.

John Busby was widely recognised as a master of art, within professional art circles and among birdwatchers and naturalists. Among the birding world, he was probably most famous for his beautifully evocative line drawings and watercolours that spoke of intense field observation, but John himself used to say he was most comfortable with his oil paintings. This magnificent book, the content of which John delivered to the publisher only weeks before he died, shows his accomplishments in both arenas. To think of Busby as a bird artist alone would belittle him and his art, but not to acknowledge the way his wildlife drawings spoke to naturalists would also be a mistake.

Busby’s curiosity about and delight in the natural world jump from every page of this book. Each picture captures an energy so much more vivid than many photographs. His pictures are realistic in that they distil the essence of the creature or scene, emphasising energetic tensions, colour relations and compositions in ways that not only tell of his rigorous academic training, but of his love for the subject.

Busby was less concerned about depicting the intricate details of the birds he drew than of how the inclusion or exclusion of those details affected the picture and the viewer’s enjoyment. In other words, his art was a response to the environment – and therefore each drawing included something of John Busby himself – rather than a slavish record. All that shines through in this great book, and I think goes a long way towards explaining his popularity among ornithologists as well as art lovers.

Lines from Nature is John Busby’s final book. It contains many previously unpublished wonderful drawings and paintings. The text may be secondary to the pictures, but it reflects the gentility of the man himself. It speaks directly from him. He was generous, polite, subtle and infectiously enthusiastic about art in general and drawing and painting wildlife in particular. In this book, you can see how his personality infused his art throughout his long life, whether that was in his distillation of a living, breathing bird into a few perfect charcoal lines, or his bold rockpool paintings and energetic oils of dancing cranes. There is a vitality and a vibrancy to his work that this book captures perfectly. In the introduction, John Busby writes: “A drawing that gets to the heart of things should, perhaps by its economy of means, or sometimes by its complexity, but mostly by how it is composed, communicate the artist’s sense of the occasion, and hopefully bring the moment alive.” That sums up the book. It is all about capturing those special moments that all naturalists love. It is more than a worthy legacy. It’s a total delight.

Covid-19 restrictions on deliveries may cause some delays, sorry. Stay safe. Dismiss